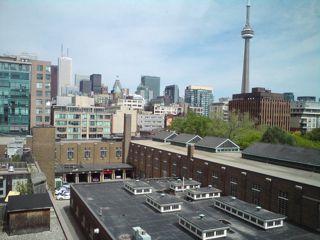 When we inspected the new flat, along with the building management, we noticed spots of water …

So I need to generate a PDF, using data coming out of a Rails-based app. I started looking at Prawn and Prawnto, but I need to prepend the PDF with some boilerplate material, ideally another PDF. In other words, I'd like to programmatically generate …

Concerning the thickness of fantasy novels

I love this detail from Brandon Sanderson's explanation of the decision to turn the final Wheel of Time novel into 3 parts:

When I'd mentioned 400k to him once, he'd been wary. He explained to me that he felt 400k was unprintably large in today's publishing …

Some things should be, on the contrary, celebrated for their very groundedness and averageness and relatability. Human interest stories — when they're of true human interest (rather than the products of cable's attempts to sensationalize the serious …

This has to be one of my favorite TED talks:

Matt Bors points out that political cartoons are frequently described, maybe attributed to a paper, but rarely to an author.

It may seem like a small gripe, but this is routinely how cartoons are referenced in the media. You would never quote a brilliant …

If you're over 30, you'll probably press a doorbell with your index finger, while anyone under 30 may well use their thumb.

What We Didn't Know Has Hurt Us

There's a fascinating article at CJR, "What We Didn't Know Has Hurt Us", about the explosion of classified documents under the Bush administration.

I found this bit mind-boggling:

So, the original story goes something like this: girl buys laptop, laptop comes with (gasp!) Linux, Linux isn't compatible with her High-Speed Internet or her college classes. Girl drops out of the college.

So, you think things are bad? The Washington Post can tell you just how bad, in glorious, sickening detail:

President Bush has presided over the weakest eight-year span for the U.S. economy in decades, according to an analysis of key data, and economists …