Concerning the thickness of fantasy novels

I love this detail from Brandon Sanderson's explanation of the decision to turn the final Wheel of Time novel into 3 parts:

When I'd mentioned 400k to him once, he'd been wary. He explained to me that he felt 400k was unprintably large in today's publishing …

The Tales of Beedle the Bard 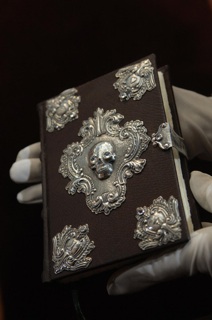 We're incredibly excited to announce that Amazon has purchased J.K. Rowling's The Tales of Beedle the Bard at an auction held by Sotheby's in London. The book of five wizarding fairy tales, referenced in the last …