We're in Columbus, Ohio for a day of car repairs. Then off again on Tuesday for the long drive to Kansas City. It was a long day, but things went pretty well: good weather and a nice agent at the border.

Today is Canada Day, the Canadian answer to the 4th of July in the US. (I still occasionally get friends or relatives in the states asking me if they have the 4th of July in Canada. Yes? No? Not exactly? Still not sure how to answer that one...)

It has been stupidly impossible to get Canadian cell phones.

When we arrived in Canada, this was one of the first things we sought to do at the mall. We dutifully went to every storefront & kiosk, and collected all their brochures, plans, and basic provider …

I want my iTV

This week, Apple announced a slew of new offerings: updated iTunes, including movies for sale, and a new vaporwarehardware product, called iTV.

Just a sliver shy of a year ago, Apple held a similar event, where they announced the video iPods and unveiled …

Author George R.R. Martin has disclosed that the Canadian role-playing game publisher Guardians of Order is now out of business. Writing on his Website, Martin, whose work provided the basis for the elaborate RPG volume, A Game of Thrones …

Thinking Blog: The terrorist next door

At least one person was killed tonight in a single car crash in the northwest end of Mississauga.

Peel Regional Police confirmed at least one person died in the accident, but were not able to say whether the person was a pedestrian or one of three people …

So, I've just discovered an unexpected down-side to the move to Canada: This country lacks good Super Bowl Ads.

The Super Bowl airs here. But without the ads.

Well, most of the ads.

Just not all of them. 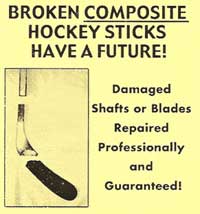 We received this flyer in the mail earlier this week. I don't think there are many places in the States that do hockey stick repair.

The Day When Everything Was Broken

True story: Monday night, 8pm - We are eating pizza in the only room of the house with gum-meshed, yellow stained carpets. Workmen downstairs pound away installing new flooring, hours after the "whole job" was supposed to be finished — …